Get fresh music recommendations delivered to your inbox every Friday.
We've updated our Terms of Use. You can review the changes here.

INSULIN 4 ALL : a benefit compilation 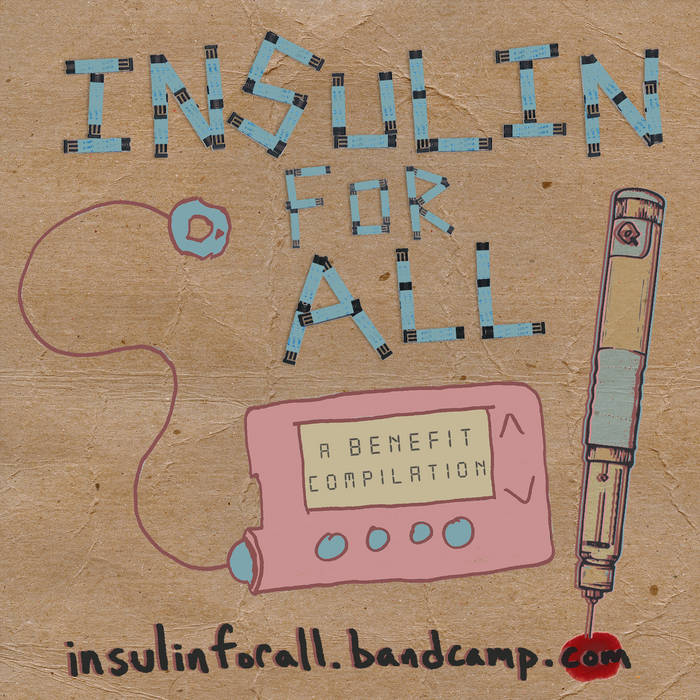 in 1923, the three doctors who first identified insulin & successfully treated patients with it were pretty reluctant to patent their own research, because they felt that private ownership of a life-saving drug would violate their medical ethics. But concerns about another private party monopolizing the research led them to seek an arrangement with the University of Toronto, where it was specified that “the patent would not be used for any other purpose than to prevent the taking out of a patent by other persons. When the details of the method of preparation are published anyone would be free to prepare the extract, but no one could secure a profitable monopoly.” They sold it for a symbolic, single dollar each. It was regarded as a really fundamentally ethical step in medicine at the time. The party they were concerned about in 1923, who had already hinted at seeking a monopoly on insulin - was Eli Lilly & Company. Today they are number 132 on the Fortune 500.

When I was diagnosed with type 1 diabetes in 1998 at age 4 - the insulin I still use today - Eli Lilly’s Humalog had hit the market just a little over a year earlier, with a list price $21/vial. As of today - the price of Humalog has increased 1,208% and it now stands at $275/vial. It still costs about $6 a vial to produce. The CEO of Eli Lilly & Company, David Ricks - made over 16.5 million dollars last year. The former President of Eli Lilly - Alex Azar - who oversaw a tripling of the price of Humalog, was appointed by Donald Trump as Secretary of Health & Human Services.

Eli Lilly, along with the other major manufacturers of insulin - Sanofi & Novo Nordisk - have retained a virtual monopoly over a highly vulnerable population by abusing patent law with patent evergreening. A process where - under the guise of “improvement” - they alter the manufacturing process exactly as much is necessary to extend the patent protections, preventing cost-effective biosimilars from entering the market. And have gone so far as to litigate any attempts to develop those generics.

There are also middlemen - namely pharmacy benefit managers (referred to as PBMs) who are the price negotiators between the wholesalers & the pharmacies, and they also to blame for the rising costs of insulin. Those negotiations are not public and account for at least 30% of increasing costs. And similarly to the manufacturers - there is a virtual monopoly held by the main three PBMs over these negotiations. So with three PBMs managing 70% of their market - which is responsible for supposedly negotiating the best costs for the consumer - against insulin manufacturers who control 90% of their market - the entire supply chain profits from price hikes except for the patient. We’re being held up for a human right. People have and will continue to die from rationing their insulin.

Bandcamp Daily  your guide to the world of Bandcamp

Trevor de Brauw of RLYR and Pelican stops by for a chat, plus a tribute to the late Trevor Strnad